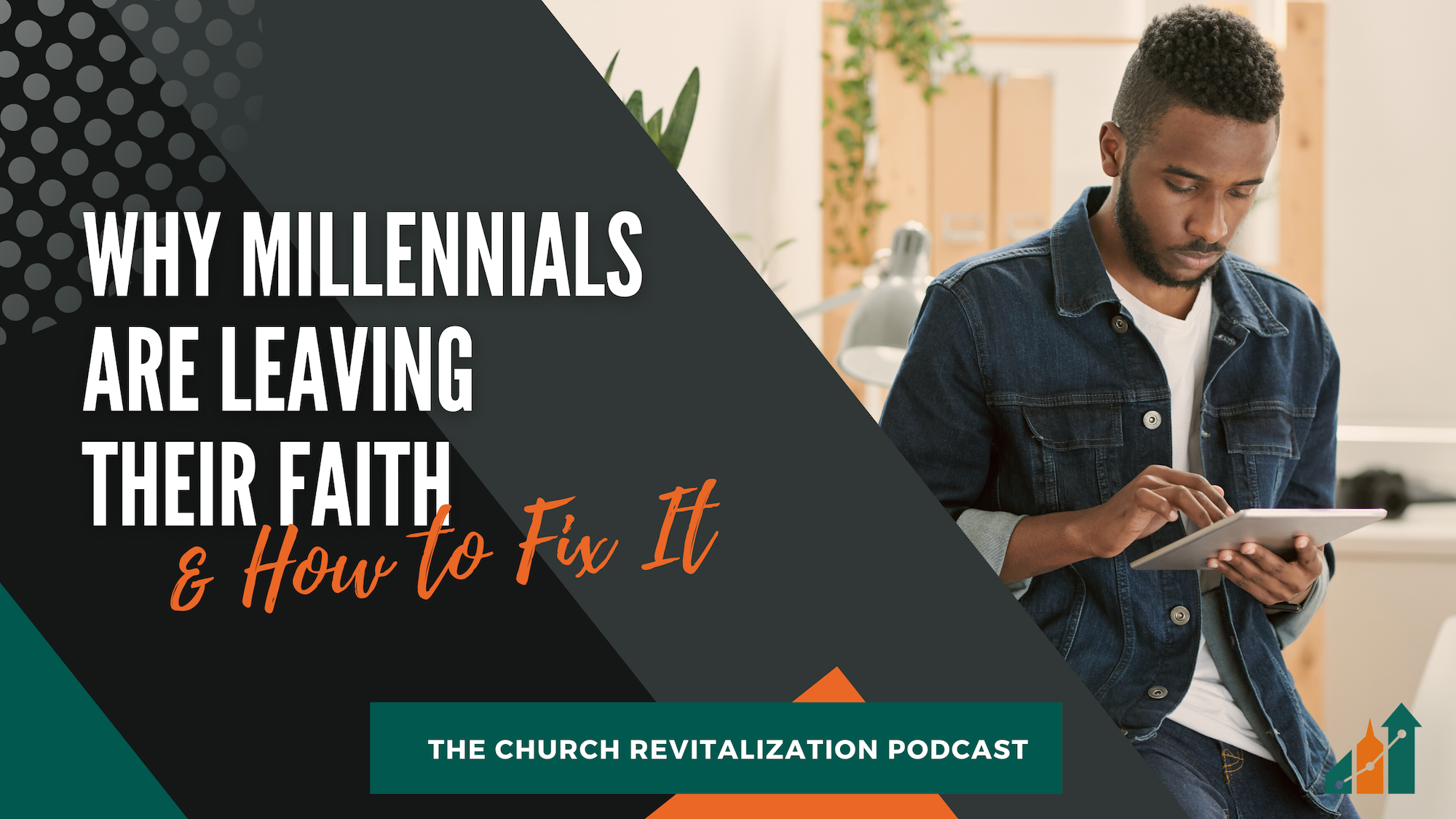 Why Millennials Are Leaving Their Faith & How to Fix It 

Millennials are the most religiously unaffiliated generation in American history. But they’re not atheists or agnostics. A study by Barna Group found that 74% of Millennials believe God exists, and almost half say they pray daily. Even though many young adults don’t identify with a specific denomination or church, there are ways for churches to reach them and help them develop their spiritual lives.

Millennials grew up with the internet and social media. Access to information has never been easier or more readily available. But along with the rise of the Internet, came a rise of skepticism and doubt that the Church didn’t prepare this generation for.
The millennial generation was fed a steady diet of True Love Waits, Joshua McDowell events, and Left Behind Novels. So they got the impression that Christianity was primarily defined by abstinence before marriage, a rejection of evolution, and a fear of the rapture. The unintended consequences of the 90’s youth group culture was that many millennial Christians couldn’t separate the core of the Gospel from a semi-legalistic view of Christianity.

As millennials entered college, like generations before, they encountered new ideas that challenged their faith. Totally unprepared for this, their flimsy theology was shattered. But unlike previous generations, all of the cultural incentive structures were built for doubling down on doubt and walking away from the faith. Society would reward you for becoming an “exvangelical” and “deconstructing.”

Deconstructionism is the belief that things are not what they appear to be. It was developed as a philosophical movement in the 1970s and 1980s by Jacques Derrida, who taught at the Sorbonne in France.

Millennials have been exposed to deconstructionism through pop culture, politics and the media. They’ve also seen it play out on social media platforms like Facebook and Twitter where users are constantly questioning everything they read or hear from those with whom they disagree.

Postmodernism is a shift from objectivity to subjectivity, certainty to uncertainty, and absolutes to relativism. For example: if you were asked whether God exists or not, a postmodern answer would be that it depends on what you mean by “God.” A postmodernist would say there are multiple meanings of the word “God” and these different meanings all exist simultaneously—the only way we can communicate with each other is through words and language (which also has multiple meanings), so someone else may have their own definition for “God” that contradicts yours. Therefore, we cannot know for sure if God exists or not because we cannot talk about anything objectively without being subjective first!

This type of thinking leads people down paths toward rejecting religion entirely because they don’t think objective truth exists anymore (or maybe ever did).

Millennials are leaving their faith because they’ve grown up in a culture of deconstruction. We’re living in an age where information is readily accessible, and this has led to an increasing skepticism about anything we were ever taught or told by authority figures. Millennials will often question even their own experiences, which can leave them feeling isolated and confused. But despite this tendency toward deconstruction, many young people still believe in God—they just don’t know how to relate their faith with the secular world around them.

This means that churches need to work harder than ever before to help these young people make sense of both sides of their lives. They need spaces where they can ask hard questions without fear of being judged or ridiculed for what they believe (or don’t).

Most millennials have doubts about major tenets of the Christian faith. They are skeptical about God, Jesus, and the Bible. A majority do not believe in heaven or hell. While these beliefs vary from person to person, they are common among millennials who identify as Christians.

But that doesn’t mean that reaching Millennials is a lost cause. Here are three key actions you can take.

Be personally available to them and invest in them individually.

Be personally available to them and invest in them individually.

If you’re going to be available, make sure you are available. Don’t just say “I’m here for you if you ever want to talk”. Actually be there when needed and listen attentively when someone does want to share something with you.

Take time with your church members as individuals, not just as a group of people who all need the same thing from their pastor or church leaders. Listen specifically for what has changed in their lives since last week or last month so that you can pray appropriately. Give appropriate support/encouragement/prayers/listening ears/shoulder-to-cry-on, etc., based on the specific needs of the individual person at hand (and don’t take it personally if they don’t need anything right now).

In today’s society, millennials are looking for a sense of community. Small groups offer the perfect opportunity for this. Small group settings allow people to express themselves and grow in their faith because they have a safe place where they can talk about their experiences with others who share similar beliefs.

A great venue to help connect spiritual skeptics in a small group environment is the Alpha course. Alpha creates spaces for honest, open, and judgment-free conversations for anyone to explore the Christian faith. Alpha gives all of the digital assets to run a group at your church for free.

Churches need to be open to change if they want to minister to young adults more effectively.

It’s important to remember that this is not just a millennial issue. It’s an issue of how humans learn and grow in general. Millennials may be more aware of the need for change, but they’re not responsible for creating it. If churches want to reach millennials effectively, they’ll have to be open to change. They’ll have to be flexible enough to shift their approach as needed in order to stay relevant.

We believe that if churches want to reach millennials, they must be willing to adapt their ministry methods. We know that this can be daunting and even scary for some pastors and church leaders, but it’s important to remember that millennials aren’t going anywhere. They’re here for the rest of our lives! They are also becoming an increasingly influential subset of society. If we intentionally reach them with opportunities for faith formation today, we could lose them forever tomorrow.

Finally, be patient with people. Some find themselves in a crisis of faith, only to find themselves being drawn back by God at a later time—in His time. In the meantime, you be consistent. You tell the truth. You be kind, loving, and generous. You be the shining city on a hill.