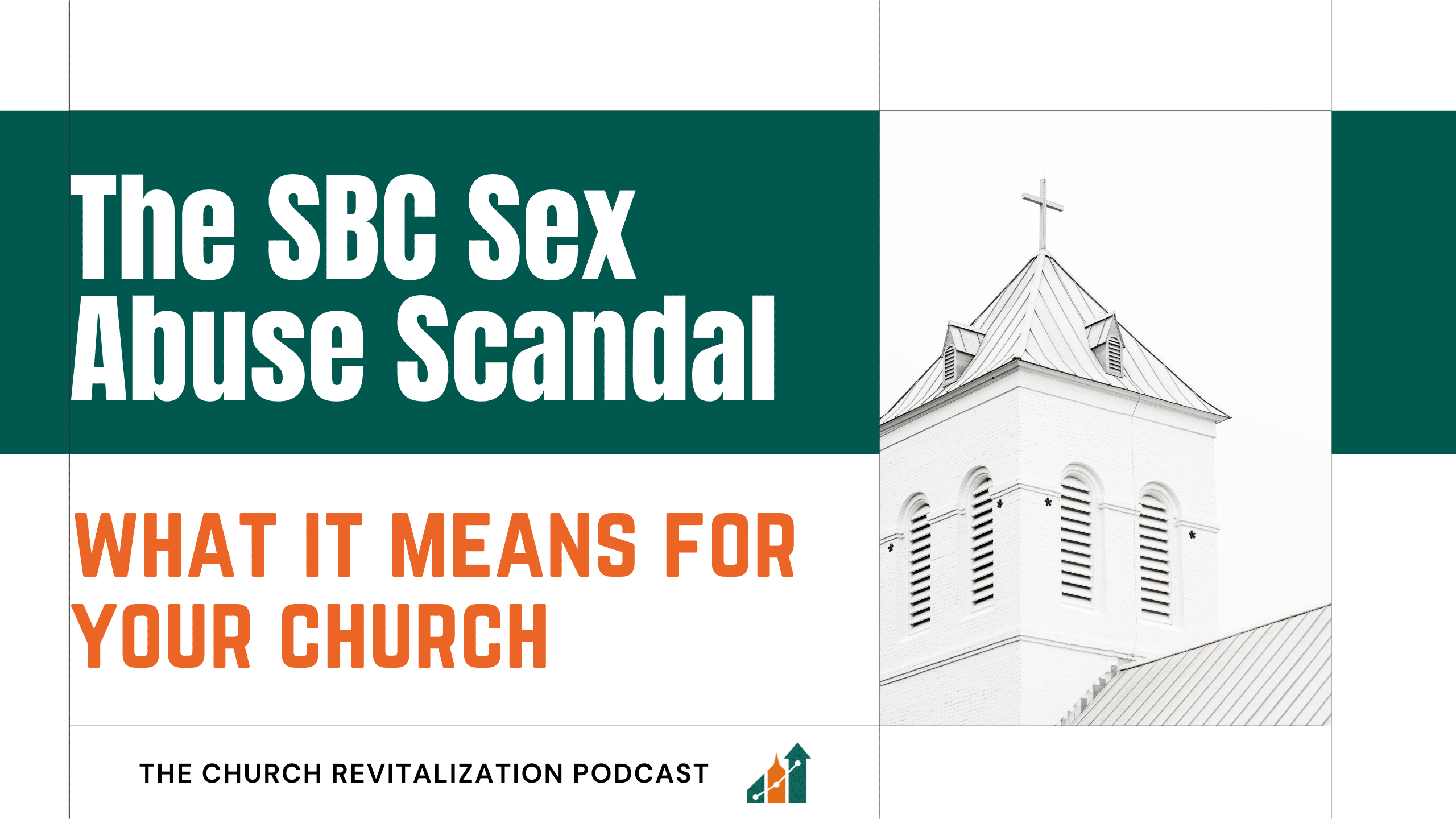 What the SBC Sex Abuse Scandal Means for Your Church

May 24, 2022 – Last week, Guidepost Solutions concluded and released their report on the ongoing Southern Baptist Convention (SBC) sex abuse scandal, and the results are not good. In fact, what was uncovered is disgusting and infuriating. For years the SBC Executive Committee (EC) has coordinated to cover up and distance themselves and the SBC from any responsibility to victims of abuse at the hands of pastors and leaders in Southern Baptist churches, and in some cases, even their own abuse.

Adding to this already devastating blow to the Church, one of today’s headlines is about a pastor in Indiana accused of molesting a 16 year-old girl, 27 years ago.  Unfortunately, these are not uncommon stories.  Isolated incidents like this have made headlines for decades.  What is different about today, though, is that the culture in general has moved so far away from Christianity that these stories now are used as fodder for supporting claims that religion in general, and Christianity in particular is bad.  To some, these events are seen as predictable and expected because of their view of what the Church is all about.

In the case of the Indiana pastor, we have video of his confession to his congregation. It’s disturbing and infuriating and it brings to light a culture in that church that I fear is widespread. First of all, his initial confession of adultery concluded with a standing ovation from the congregation. What exactly was being lauded in that moment? A confession overdue 27 years?  Is that to be celebrated? I think there is a fundamental misunderstanding of confession and forgiveness in the Church when we hear of cases like this. We’ve seen these scenes before. A pastor misbehaves; he tells the congregation; he asks for their forgiveness; they immediately express it favorably back to him, and then everyone moves on.

I have two issues with this. First of all, that man, by his own additional confession later in the video, admits to having sex with a 16 year old girl in his office – taking her virginity! His crime and sin was against her, not that congregation.  It’s her forgiveness he should be seeking, not a group of unaffiliated people who would not have ever heard the details of the crime from him.  Instead, they heard it from the victim when she got up to speak. By his presentation of his sin to the congregation, he painted himself as a victim of sin. I believe this is why the congregation took to their feet in applause at his (in that moment) half-hearted confession. What have they been taught that made applause their natural reaction to the pastor’s sin and crime?  Why not silence in sorrow? Why not righteous anger?

Confession is required by God and a positive movement towards reconciliation with someone that has been harmed, but it’s not the end.  In the case of something that may be a prosecutable crime, it may be just the beginning.

As far as the congregation is concerned, I think the public confession and asking for forgiveness somewhat puts them on the spot to react. Maybe they’ve been taught that immediate forgiveness should be extended upon request, no matter what. God wants us to forgive as we’ve been forgiven, but people need to process things in different times as well.

My second issue in this case is with the group of people, mostly men, that rushed up to pray over the pastor after the victim and her husband left the stage.  The camera doesn’t show whether anyone was surrounding the victim at the back of the room. That pastor needs prayer, for sure. But in that moment, given the choice of praying over the victim or the perpetrator, why make the choice for the perpetrator? Again, I think the waters have gotten murky in the church and in the world about who the victims are in these cases.  High-profile respected people do not magically become victims in their own crimes against others.

Back to the SBC issue. The SBC Executive Committee is guilty of failing to use its position and authority to support victims of abuse and protect future victims by keeping pastors from committing abuses again. Sin and evil existed at the highest levels of legal counsel in the organization, and it will take a long time to restore trust with the churches. SBC churches should stand strong for a complete clean-up and removal of all people involved. I don’t think a disassociation would be out of line either.

So, what does all this mean for your church? In this week’s podcast we talk about two primary points.

One of the repeated failures by churches in these circumstances is trying to keep things quiet.  That error, repeated, never works out. Things always come to light, and it’s always worse later. Your church must know what the reporting law is and follow it every time. There are lots of resources out there from law firms and insurance companies to help educate your staff on the right ways to handle these things.

On top of that, employ training resources and policies to best prevent these things from happening in the first place.

2. Go beyond the law–hiding abuse doesn’t protect your Kingdom witness, it damages it

Above what you have to do, do what you should do.  In the thousands of cases of abuse that have come to light over time, there are tenfold victims unmentioned – those who were turned off about the Church because of the way the Church acted. Who has missed out on Jesus because of these things?  Read some reactions to these stories online this week. You won’t have to look far to find people saying, “See, I told you those Christians are hypocrites!”

Your theology may tell you that God will collect all his elect regardless of what happens in this life. But how was the world deprived of the repentant life that the thief on the cross next to Jesus may have lived had he met the Lord sooner?

All sin is worthy of forgiveness in the Lord’s eye for those who call on His name with repentant hearts. His justice and that of our government is a separate action, though. As church leaders, we need to let the law handle what it needs to handle, and God handle what He needs to handle.  Both parties have jurisdiction that we should not impede trying to protect reputations.