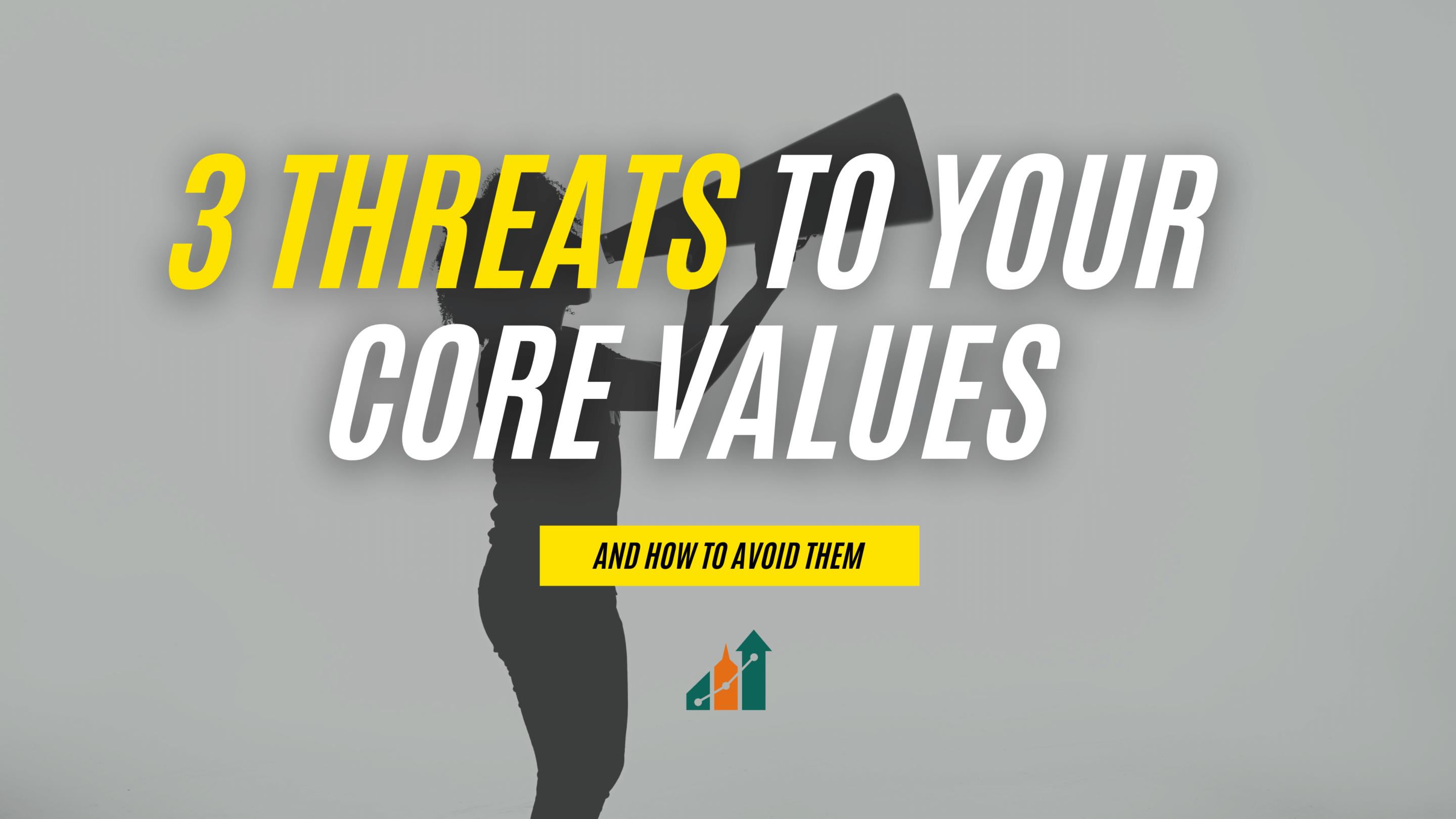 What are the biggest threats to your church core values?

Anyone who has flown a few times in an airplane has experienced this familiar scenario. The big jet quickly lifts off the runway, noses upward, and rapidly climbs to its designated altitude with both the “No Smoking” and “Fasten Seat Belt” signs brightly lit. When the plane arrives at the proper, assigned altitude, the captain makes a few announcements and then turns the signs off, allowing the passengers to walk around the cabin if necessary.

Somewhere between takeoff and landing, however, the plane begins to shake, jerk, and bounce in midair as if some invisible hand of a giant baby boy clutches it and is playing with it as though it were a toy. The signs go back on, the pilot announces that the plane is not in serious jeopardy but is passing through some turbulence due to weather, and he asks that the passengers stay seated for the present.

Flying in an airplane has much in common with leading an organization. There are times when the ministry glides along smoothly without a hitch and times when it experiences some turbulence. When leaders fly through ministry turbulence, they must tightly fasten their seat belts.

The seat belts in ministry organizations are the convictions that you determine for yourself- those things about you and your ministry that must not change. They consist of such things as your vision, doctrinal beliefs, and most importantly, your core organizational values.

I have defined organizational values as the constant, passionate, sacred core beliefs that drive the ministry. The first word in the definition is the term constant. Once leaders have passed through a values formation period, such as takes place in their training, the beliefs that make up their personal and organizational credo should not change appreciably.

This means that while the church is implementing its core values, it must also work hard at protecting and preserving them. Values preservation is essential to the life of the ministry. The core organizational values are to the ministry what the navigation system is to the plane, especially in times of bad weather when visibility is severely limited. These values guide leaders and keep them on course when turbulence obscures the vision.

Here are three threats to your church core values.

Interpersonal conflict is a fact of life for any organization, whether a church or any other ministry. Because people have different interests and needs and because they have differing backgrounds that lead to different values, conflict is inevitable. It is only a matter of time – you can count on it.

It happened to the early church in the first century. In Acts 4:32 Luke notes that in the church at Jerusalem, “all the believers were one in heart and mind.” There was little interpersonal conflict. But not for long. Perhaps the key to the lack of initial conflict was the believers’ willingness to share their possessions with those who had material needs. This very situation, though good, led to an abuse that introduced conflict to the congregation.

Ananias, apparently a member of the church, sold some property but kept back part of the money while indicating that he had given it all. Perhaps to impress some of the people or to maneuver into a leadership position (5:1-2). Through Peter, God dealt with Ananias and ultimately took his life, thus ending the first conflict in the church

The next conflict is the one in Acts 6:1-7 when the Grecian Jewish widows were being overlooked in the daily distribution of food. The leadership, the Twelve, resolved the conflict by choosing seven spiritually qualified men to take charge of the food distribution ministry. They made the decision based on organizational core values.

I do not know of any ministry organization that has not experienced conflict. The key is how the leadership responds to turbulence. They have a choice. They can respond in such a way that they protect and preserve the values and vision, as Peter and the Twelve did, or they can respond so as to erode and ultimately undermine and negate them. The latter response is one of compromise.

The popular prescription for conflict in far too many ministry quarters today is compromise. Many church boards that consist of laypeople believe that their primary job, besides making decisions affecting the ministry, is to keep the peace. When conflict erupts in the church, they quickly sue for peace, which usually comes in the form of compromise.

They believe that compromise leads to congregational consensus. This concept, however, is seriously flawed. While compromise may under some circumstances lead to consensus, it is a false consensus.

True consensus takes place when the various parties in a conflict agree to disagree. They approach a conflict with the attitude that, because their views will be given a fair hearing, they will attempt to support the decision of the group, even if they disagree with that decision. A true consensus over values is better than fragmented support of those values. On issues, however, where opinions are extremely diverse and the stakes are high, compromise does not create true consensus; it creates concession and more compromise.

The leadership cannot afford to compromise the core organizational values of the ministry. Compromise and concession serve, in the long term, only to bargain away the organization’s vital values. If those beliefs are to drive the ministry, they can never be compromised.

Repeated compromise and concession by the organization’s leaders broadcast to the ministry’s constituency that the core beliefs are not really that important–any old value can drive this organization. And no one takes the church core values seriously.

Not only does compromise send a bad message, it diminishes the decision makers’ ability to lead. When leaders gamble with a ministry’s driving values, the stakes are high. Compromise and concession assure that all the players will lose big, and ultimately everyone will leave with empty pockets. Consequently, leaders must be able to identify conflicts that involve the ministry’s core values and quickly and strongly confront them. This can only happen when all the leaders share a strong personal commitment to the credo and are not willing to concede parts of it no matter how major the conflict that may ensue.

Another way that values erode is through ministry institutionalization. Values erode as a result of years of ad hoc policies and ministry practices that have become institutionalized and thus have obscured the church’s central values. How does this happen? A pastor may plant a church that values evangelism and solid Bible teaching. To flesh these out, the church develops various ministries and programs. In time the pastor may move on to plant another church.

The problem is that the congregation has forgotten the values, because the people see only the programs and practices that are in place that promote and facilitate the values. In time the practices overshadow the values, and the latter are forgotten. If the practices are not regularly updated, they grow brittle and die, and the values may die along with them.

Your church core values are a vital component of congregational health. It is important to guard against values erosion so that you can weather the storm of organizational turbulence, and continue to make a long-term kingdom impact.

This article was adapted from Values-Driven Leadership by Aubrey Malphurs. Learn more about the book here.