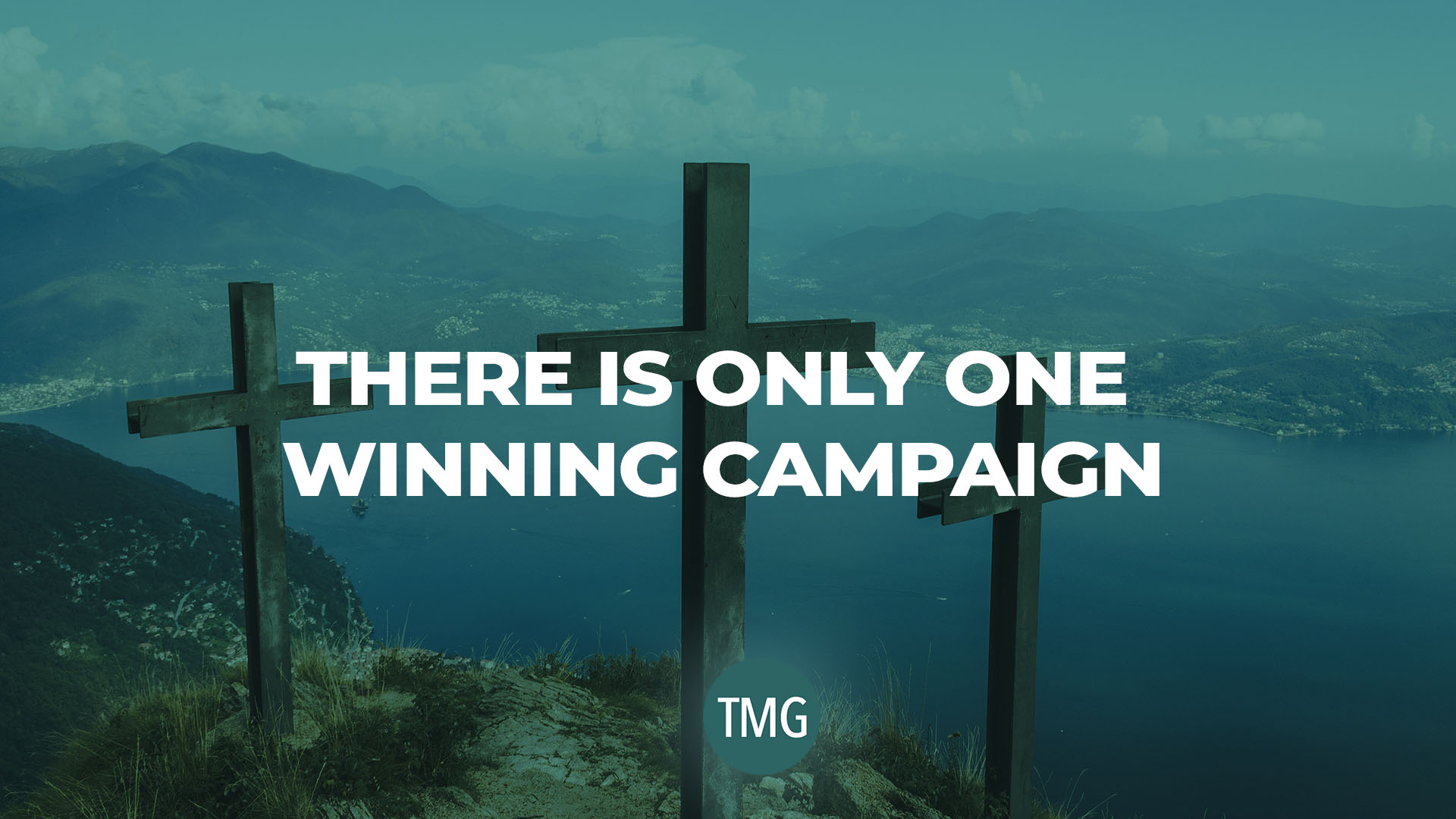 There Is Only One Winning Campaign

In 2009 I entered the political world with a run for elected office and won. I spent the next five years in a whirlwind of government meetings, travel, legislation, political campaigns, writing, and strategy to win support for my causes. My mission was always ministry, to influence my local, state, and federal political sphere for the better and more Christlike.

At the end of that season of ministry, I came to a glaring conclusion; Legislation, with the best of intentions, might change a person’s behavior, but it will never change the condition of their heart.

As our over-dramatized political divides get continuously pumped into our news feeds, we can all benefit from a reset of perspective.

In chapter two of his recorded prophecy, Daniel praises God and exclaims of him, “he sets up kings and deposes them.” No earthly king, president, or prime minister has ever or ever will reign with authority over King Jesus.

The most amazing thing about Jesus’s campaign for king-of-every-soul is that he calls on us to join him in his campaign. He commissioned his Church (people) to be on the campaign trail. “Therefore go and make disciples of all nations, baptizing them in the name of the Father and of the Son and of the Holy Spirit, and teaching them to obey everything I have commanded you.” It’s the preeminent mission of every church and believer.

Unfortunately, too many American Christians want to turn political races into religious ones, and they will never mix. Jesus’s “triumphal entry” into Jerusalem was to go to the cross, not knock Pilate off his high horse, and take over the government. That will end up happening, but not until he returns. Don’t pretend that a victory by your candidate is the final triumph of good over evil.

There are a few things I think we should do not just building up to big elections, but year after year.

Christians like to speak of other Christians as the “silent majority” and wait with anticipation for positive election results to merrily happen. You do still have constitutional freedom of speech and free exercise of religion. Positive effects of those expressions require wisdom, though, so first, ask God for that. James 1:5 says that “If any of you lacks wisdom, you should ask God, who gives generously to all without finding fault, and it will be given to you.” Confident of this, and affirmed by others, build up those around you, but remember what James goes on to say in verse 9, “Everyone should be quick to listen, slow to speak and slow to become angry.

Participate in the process

God is sovereign in all things, including you being an American citizen. Acts 17:26 says, “From one man he made all the nations, that they should inhabit the whole earth; and he marked out their appointed times in history and the boundaries of their lands.” Don’t squander what God has given you. Few have it! Your ultimate citizenship is in Heaven, but God has a work for you to do. If he didn’t, you’d be with him already. Learn about issues, vote in elections, and even consider running for office.

You can consider my first two points above through a political lens, but along with them is a spiritual implication far greater. Most Christians will not share the Gospel with anyone their entire life or invite an unchurched person to church. If you look at the condition of the world around you and the actions of people with frustration, don’t forget that an antidote exists, and his name is Jesus.

Let your life be a light in the darkness to others, and your voice a calming stream of love. If you were to focus on influencing your personal sphere of family, friends, and workmates with the Gospel of Christ, and they, in turn, came to faith and did the same thing, what could our next election cycle be like? How might our country and the world be different? That power is in your hands.  Join the only campaign that will truly win.

We here at TMG work with many churches and talk with a lot of church leaders. What we find over and over again is that few “evangelical” churches are very evangelical at all. If you’re a church leader reading this and were just hit with the Holy Spirit’s conviction that you’ve not led your church to make and mature disciples of Jesus in a significant way, know two things: You’re not alone, and we’re here to help.