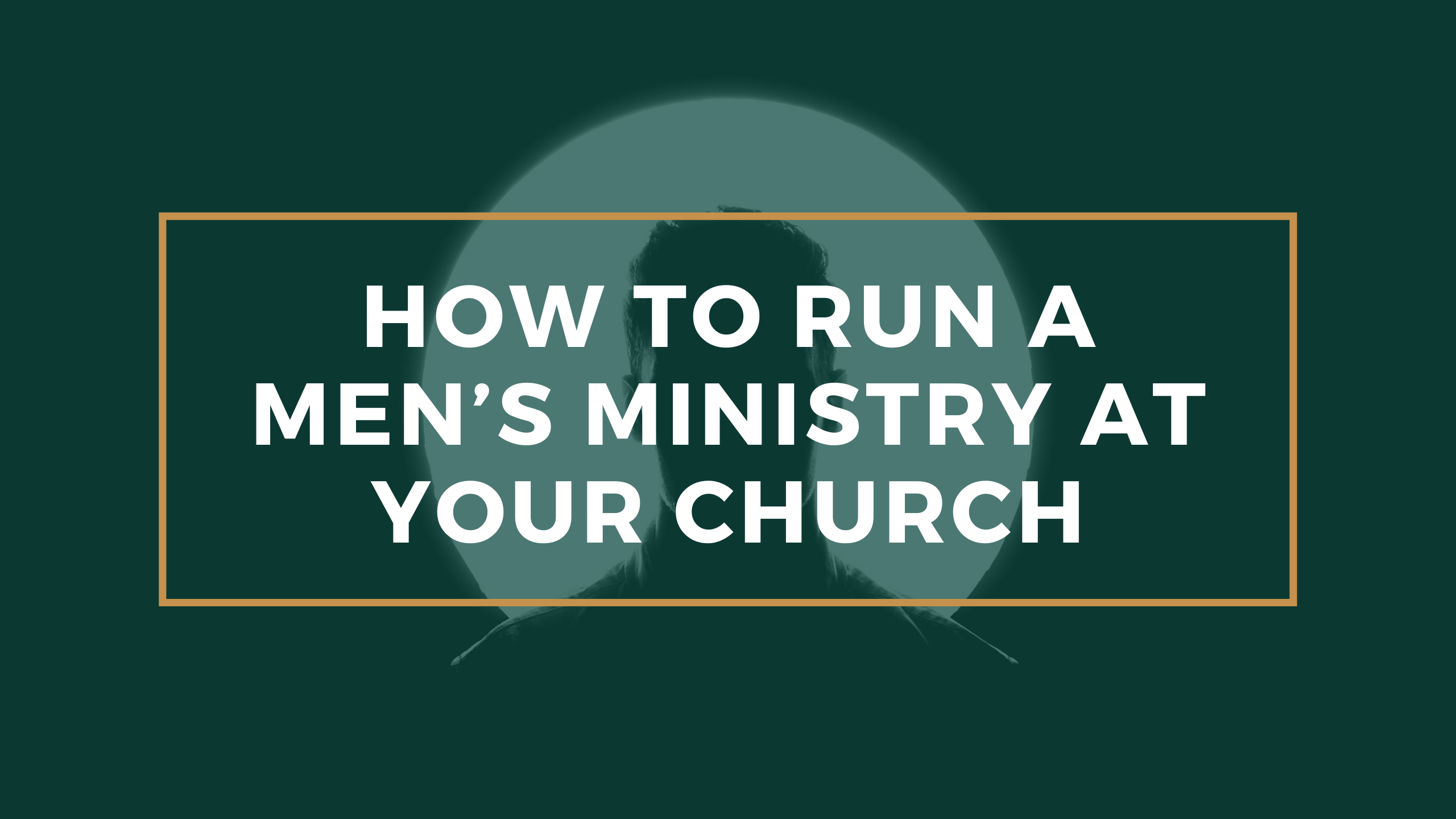 How to Run a Men’s Ministry at Your Church

Men are at a crisis point in our society, and your church’s men’s ministry can stand in the gap.

According to the Wall Street Journal, in the 2020-2021 academic year, “U.S. colleges and universities had 1.5 million fewer students compared with five years ago, and men accounted for 71% of the decline.” This wasn’t just an aberration due to Covid-19. For the past 40 years, men have comprised a smaller and smaller percentage of students enrolled in a 2- or 4-year undergraduate program. Additionally, men are less likely to finish a degree program.

While college statistics aren’t the defining characteristic of success or measure of society, this shift is among several other factors that signal that men across socioeconomic classes, races, and geographic regions are increasingly less engaged, less motivated, and less likely to be healthy fathers and husbands. As noted in Time Magazine, men are more likely to be single than women, more likely to live with their parents, and less likely to have successful careers than single women.

What does any of this have to do with church? Why should it matter?

First, I should clarify that this article is not contending that men have gotten some sort of raw deal in society, that they are victims, and that they need special treatment. I’m also not advocating for a return to “the good ol’ days,” as if there were some glorious moment in the past that needs recapturing.

Instead, we should see how the church has failed to equip men to be godly leaders in the home, church, and sphere of influence. Rather than actively helping men be good dads and husbands, the Church has largely ignored the problem. In fact, it’s often a joke in churches that a men’s ministry only exists in theory–apart from a golf outing, pancake breakfast, or random group of four guys who get together at Cracker Barrel on Thursday mornings.

If the church builds up men, everyone benefits. Likewise, building up women and kids to thrive helps the whole of the family and society.

Below, we’ll explore five ways the church has failed men, and what your church and men’s ministry can do about it.

This particular problem transcends men’s ministry, but it is especially acute in this instance. As I already mentioned, most churches have little to no programming for men. And when it does exist, low participation perpetuates the idea that men don’t want to engage with the church. If the church were to focus more on discipleship outcomes rather than just planning more programs, you would shift your tactics in discipling men.

Younger men are not being mentored (or discipled) by older men in the church. Many factors contribute to this – from young men not asking for mentorship to older men not feeling qualified to mentor. But the Biblical model for discipleship (undeniably) is life-on-life mentorship. Moreover, it’s incumbent on the older, more mature believer to initiate mentorship relationships.

You don’t need to be a Bible scholar, a pastor, or a person with a mistake-free life to be a spiritual mentor. In fact, the church needs mentors with scars, real-life experience, and men who have been in the trenches. The church desperately needs intergenerational relationships, and younger men are more open to these friendships than some might assume. Remember that millennials are in their late twenties to late thirties. They’re approaching the prime of their careers, and many of them are rudderless and grew up in fatherless homes. Don’t underestimate the value of mentorship and the downstream effects it can have on families and your church in the decades to come.

Create a Culture of Confession

The majority of men in North America currently or have struggled with pornography. We live in a hyper-sexualized culture, and churches are not a place where men can openly discuss their challenges without fear of shame or being kicked out. Many Christian men try to work through these issues on their own, which leads to deeper struggles. For some men, they deal with substance abuse, anger problems, or some other sin.

Regardless of the sin, most churches fail to create a culture where men can confess sin and be restored gently. All sin has consequences, but the Bible teaches that healing accompanies confession. Restoration and healing should flow from confession. For many churches, isolation and judgment follows confession. This must change. Do we want men to mature past their sin, deal with its consequences, and experience healing? Then the church must be a place where safe relationships can be developed.

Focus on Biblical Manhood and Fatherhood, not Masculinity

Occasionally, churches will attempt to kickstart a men’s ministry. Most times, the focus ends up being sports, camping, or some other testosterone-boosting activity. While it might be nice to have some social event, men aren’t looking for someone to schedule an ax-throwing party for them. They want and need to learn how to be better dads, husbands, and leaders in their sphere of influence. Your church needs to care less about being cool and more about helping men to grow up. Don’t fall into the trap of trying to bait-and-switch men into discipleship. Instead, speak clearly and honestly about men’s challenges and offer solutions and relationships that can help them in their day-to-day lives.

Millions of kids in North America are growing up without a father in the home. Some may have a relationship with their dads that is somewhat positive. But many don’t have much of a relationship with their fathers at all. Therefore, a multitude of boys are growing up not knowing what it looks like to be a healthy man. They have television, the Internet, and pop culture informing them of what manhood looks like–poor caricatures in an increasingly defunct society.

Your church has an opportunity to stand in the gap for fatherless boys. Men, volunteer in children’s ministry. Volunteer in student ministry. Find ways to be a positive role model for a kid who needs one. You don’t have to do it alone; in fact, if a boy had multiple, positive male role models it would be a massive win! You’ll never know the long-term influence you may have on a young man and his future kids, grandchildren, and great-grandchildren by standing in the gap today.

Your church cannot solve every societal problem. But you can get back to doing the fundamental things well: focus on discipleship. Disciple men. Teach them to be godly men, husbands, and fathers. Imagine how our world might change if every church took seriously the call to discipleship. Alone, your church might not move the needle on society. But together, we can see the Kingdom more clearly on earth as it is in heaven, and men, women, and children become the godly reflection of God’s divine image.