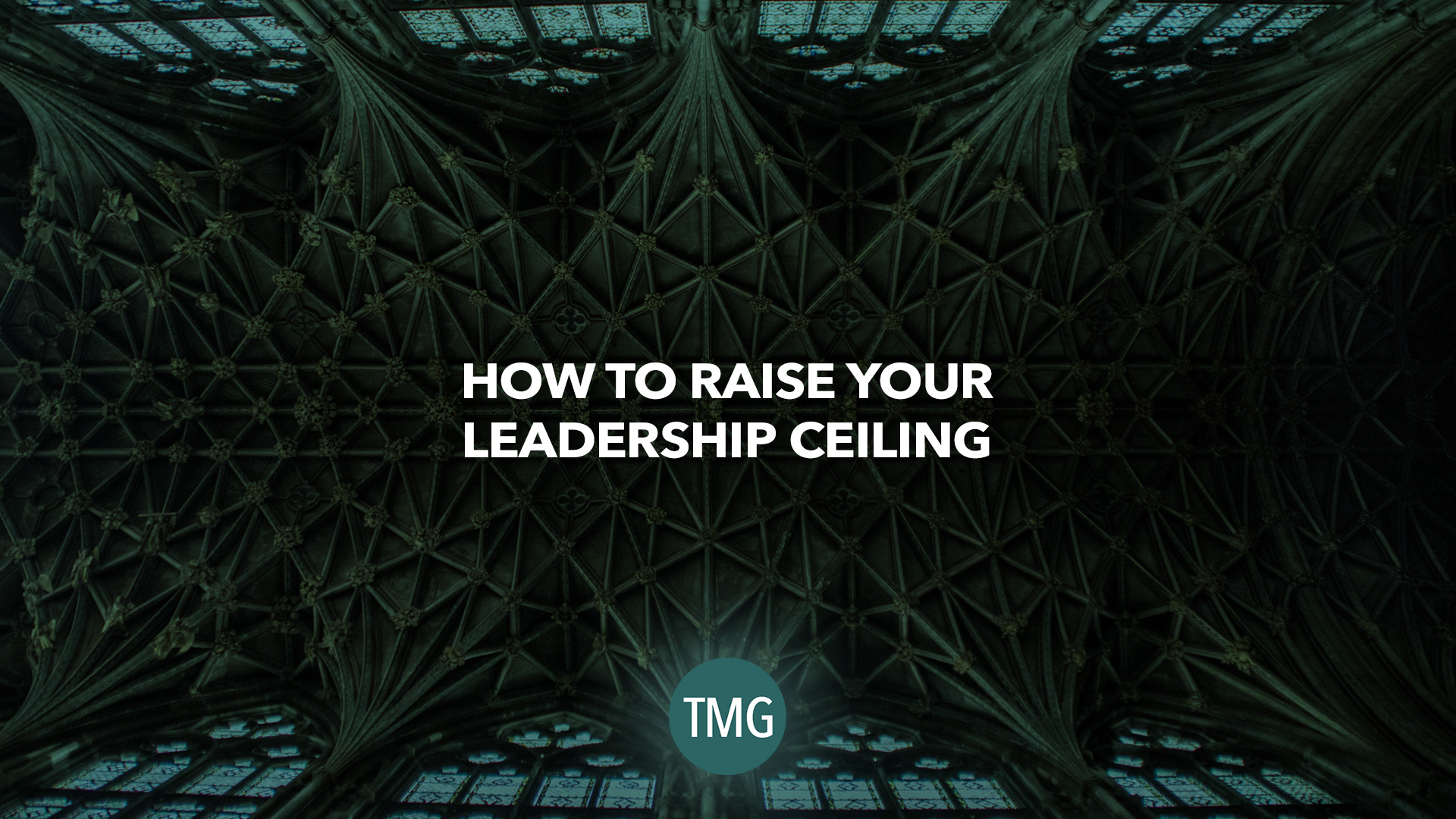 How to Raise Your Leadership Ceiling

Have you ever felt like you were destined to be a better leader?

The Peter Principle tells us that people in an organization will rise to the level of their incompetence.

That’s a tough thing to hear, but it’s generally true. Put simply, if you’re frustrated at the lack of the results around you–the common denominator is you. The question, then, is that level of incompetence, you “leadership ceiling,” unmovable?

Research reveals that our leadership habits come from the instinctual parts of our brains—not the rational parts. It will take more than watching a video, reading a book, or taking a class to “fix” dysfunctional leadership. Quite simply, you cannot read yourself into being a better leader.

This is a tough truth for those of us who train leaders to be better for a living!

On the other hand, it makes our job that much more important. While we wouldn’t expect one blog post, book, or consulting trip to change your leadership—we do believe that you can raise your leadership ceiling.

If we can retrain the instinctual parts of your “leadership brain,” you can definitely raise your leadership ceiling.

It should be noted that not everyone will become a great leader. Some aspects of leadership come from personality, natural talents, and other intangible factors. Yet we often assume that only natural-born leaders can be high-capacity leaders.

The research does not bear this out.

Leaders are more complicated than that, and the gap between good and great leadership can usually be bridged by the leader that wants to put in the work.

So how can you raise your leadership ceiling?

Note: The podcast audio is available below, or you can watch the video version of this episode on Facebook or YouTube.

1) You need to be self-aware of your ceiling right now.

If you already think you are a great leader, but you aren’t, that’s a problem. If you want to raise your leadership ceiling, you need to know what that ceiling is right now. Lots of seminary grads think that they could plant a church and grow it quickly, no problem. Or a small-church pastor thinks that they could move into a senior role at a mega-church without issues. Maybe they could!

But you need to ask yourself the honest question: what is the gap between my assumptions about my leadership ability and the reality of my leadership ceiling? You cannot know how to raise your ceiling if you cannot determine where your level of incompetence begins. Everyone has a ceiling. Every leader. There is no shame in this fact; so embrace that truth and become self-aware of your leadership ceiling.

2) You need to target your limiting beliefs, behaviors, and ignorance.

Like a basketball player who not only practices free-throws on the court, but visualizes making the shot every time, leaders need to “practice” new behaviors in real life and in their minds. Research indicates that given enough time and intentional effort, a leader can literally “rewire” his or her brain so that these new behaviors replace old ones in the instinctual brain—where leadership actions flow from.

3) Get a better mentor or coach.

There’s no such thing as a self-made leader. Your leadership today is a direct reflection of the bosses, parents, teachers, professors, pastors, and others who have led you. If you’ve only ever been under weak leaders, you’re unlikely to be a strong leader. Also, no one is perfect! Even if you’ve had the privilege of being under a good leader, you’ve likely picked up some of their bad habits. These bad habits or bad leadership principles have unconsciously been absorbed by your instinctual brain.

The converse can also be true! It’s been famously said that you are the sum of the three or four people you spend the most time with. If you elevate the quality of leaders, mentors, or coaches that you surround yourself with, you’re likely to pick up some of their good habits.

Some people have a natural bent towards leadership. But you can raise your leadership ceiling.

Know where your ceiling is right now, target dysfunctional leadership patterns in your current leadership style, and surround yourself with better leaders.

Good leadership is both caught and taught. Be sure that you set yourself up for success.