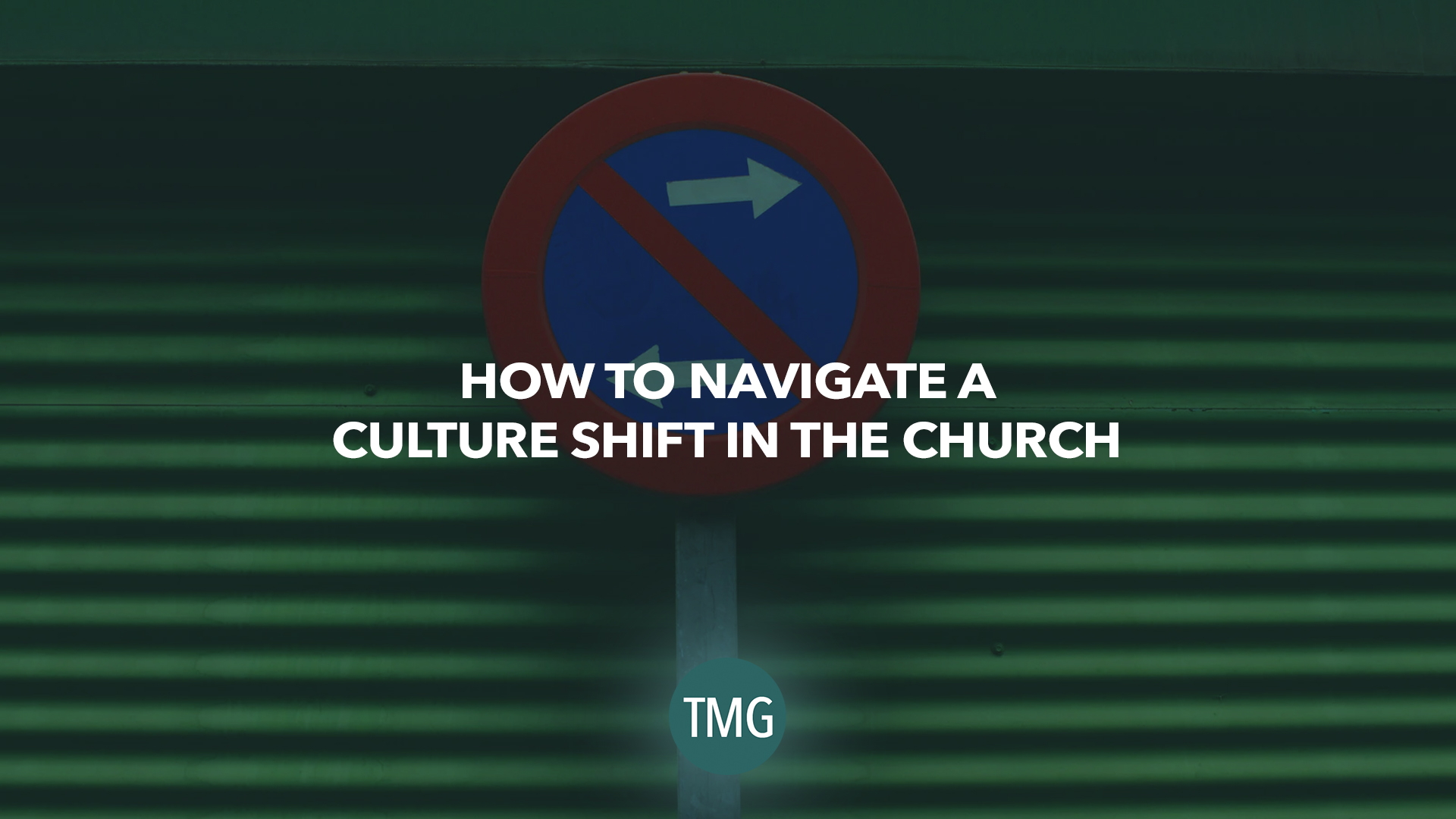 How to Navigate a Culture Change

When you hear the word “culture,” do you first think of the world or your church? Most church leaders would probably think of the world first since that’s what we hear about most often across various forms of media. Terms like “culture shift,” “culture change,” and even “culture war,” are often thrown around. Interestingly, it’s the fact that the culture is in motion is the subject.

Culture is not a static thing in the world, so should it be static in the church?

The Church is called to be “set apart” in verses such as Deuteronomy 14:2 and 1 Peter 2:9. Unfortunately, many churches take that as planting a flag in a particular era and then not changing from that point in time. Of course, we should be different than the world in the love that we display through our speech and our actions, but our church cultures need to able to change too.

Let’s take a high-level look at culture change and how we can lead it in our churches. I’ve boiled culture change down to just a few primary movements:

New ideas are put forth

The genesis of culture change always starts with a new idea or a new way of thinking about something. Consider some more relatively modern and significant cultural changes in the United States, such as abolishing slavery, women’s rights, racial civil rights, and, most recently, a growing acceptance of homosexuality. These are all significant changes that started with a shift in perspective. The culture at large primarily thought one way, and then a change in thought began to grow.

These thought changes can sometimes be traced back to a particular person, group, or event as a catalyst. Still, significant change usually takes a long time. A change in culture comes from the idea that the new way of thinking about something is better, at least from the perspective of the originators and supporters.

Changing the culture of your church will also be brought about by first introducing a new way of thinking about something. A common example in the church is the idea of being guest-friendly. The “new way” of thinking about this issue is by re-framing the perspective. The church has to consider everything it does and says to be through the eyes of a guest. New questions must be asked, such as:

From a bigger perspective in the church, re-thinking the future is necessary to discern God’s Vision. If we believe in God’s sovereignty, then we look to Him for what the future would look like for the church. Often, a culture change is required to achieve that vision, such as in the example above, in becoming guest-friendly.

We at TMG believe that the pastor of a church is the chief vision-caster, but that a group of leaders together can and should work to perceive God’s vision. Does your church’s vision require a culture change? If you don’t know, then your work on vision and strategies is incomplete.

The ideas are communicated well

No culture change ever occurred outside of effective communication. Not all cultural changes started with a plan. Still, over time, as support grows, more people begin communicating the same message in increasing frequency and mediums.

In decades and centuries past, communication was a much slower process. Smoke signals lacked enough detail to get people excited about the vision, and you couldn’t write very much on those little notes attached to pigeon legs. Today, for better or worse, we can communicate great messages to people all over the world in seconds. What a fantastic time to be alive! Some leaders still struggle to communicate effectively, though. From the church perspective, we have the benefit of our desire for a culture change happening in a planned way, which also should include a communications plan. When working with a Malphurs Group Guide, what needs to be communicated becomes apparent through the Strategic Envisioning process. When the church’s mission is re-established, its vision is clarified, its ministries organized, and its strategies decided, then the next order of business is asking, “How will we communicate this?”

Old behaviors are targeted for change

This is where the rubber meets the road. You’ve got a new way of thinking and support is growing, but you’ve got to move from idea to action.

A lot of time elapsed in the United States between the first notion of slavery being wrong and the abolishment of the practice. There was a point in time, though, in which the behavior of participating in slavery was targeting for change. Only until a critical mass has effectively changed behavior can real culture change become a reality.

Let’s look again at our example church that has decided its culture must become guest-friendly. The leadership has discovered that Sunday School classes frequently have the same people sitting together at tables, leaving new people by themselves. It must be communicated now to the Sunday School teachers that that behavior will no longer be acceptable. The teachers will then get people to change where they sit and invite guests to sit with them. Over time, the people won’t have to be reminded of that anymore, and they will do it naturally.

Most cultural changes in the world take a more organic form, but in a planning process in the church, everything is deliberate and organized, including the culture changes. The benefit of this is a significantly reduced timeline to change. Don’t think it will happen overnight, though, as you may still be a couple of years away on changing the culture of your church. As with anything worth doing, you must persevere and lead well.