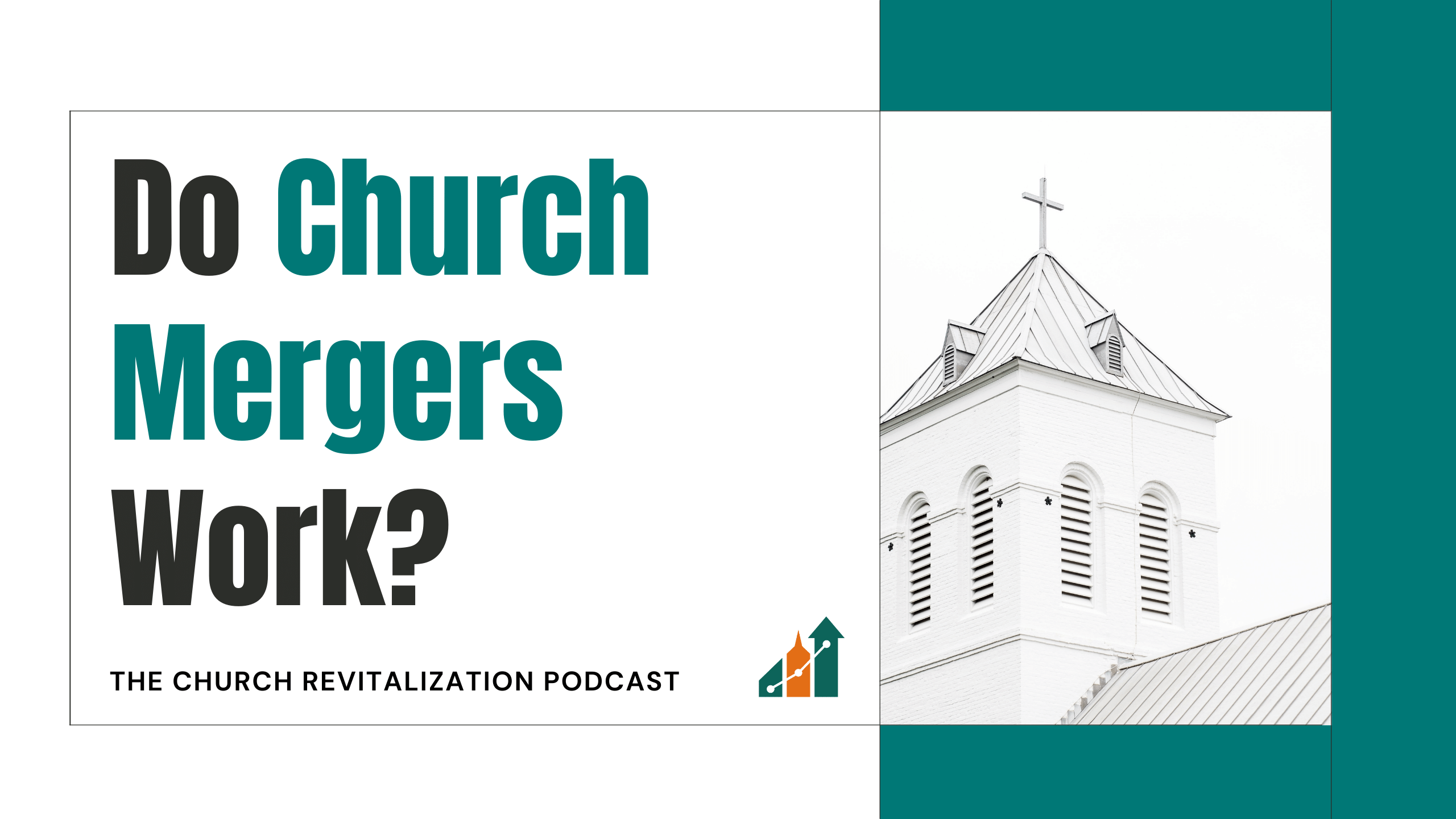 (Excerpt about church mergers from Look Before You Lead)

On the surface, the merger scenario sounds like a wonderful win-win solution. According to some research, around 2 percent of American Protestant churches have participated in a merger in the last two years. And should you peek below the surface, you would probably find that blending smaller struggling churches often results in one larger struggling church, not necessarily a spiritually healthy church.

A typical example is an older Evangelical Free Church in the Dallas-Fort Worth Metroplex that merged with a younger, independent Bible church.  The older people of the smaller church brought to the merger their property, facility, and traditional church culture. The younger group – a failed church plant – was larger and brought with them a more contemporary church culture.  However, both were in serious numerical decline.  The newly merged culture, though larger in size, lasted another year and then closed its doors. Unfortunately, this is the autobiography of many small American church mergers.  But it raises the question, Why didn’t it work?

There are numerous reasons that culture blending doesn’t work.  Here are three.

For most churches the primary motivation for a merger is survival – to keep the doors open and thus maintain the status quo. This rarely if ever works.  The key motivation must be mission- or vision-driven, and that mission or vision focuses on the Great Commission, which involves revival, not survival.

The newly blended church may keep one of the two pastors of the two previous declining churches, but if he continues to do what he did that resulted in decline in the first place, the merger will not work. Some churches attempt a co-pastorate, with the pastors of the churches attempting to work together to co-lead the church. This simply doesn’t work. No one is quite sure who’s in charge and who does what. And people’s loyalties remain with “my pastor.”

The merged churches would be wise to bring in a visionary from the outside who has the gifts of leadership, evangelism, and good preaching. If this isn’t an option, then they should choose the pastor who is closest to the ideal and is willing to pursue the kind of training that will help him close the gap between where he is and where he needs to be to lead and revitalize the culture.

A third problem arises from attempting to blend two disparate cultures.  It’s imperative that a merger be viewed from a cultural perspective. The groups in the example above attempted to unite two cultures that had little in common. There was no alignment between their beliefs and values. It was doomed from the start, but they didn’t know it. It sounded like a great idea and the answer to their prayers. The fact is, the majority of mergers don’t work, and the churches eventually close their doors, which may not be bad if it frees people up to find and be involved in a healthier church culture.

Some mergers do work.  Some churches have certain assets that make a successful merger more likely. Here are five that are important.

One essential characteristic is merging for the right reasons. For too many the one primary reason is survival. The legitimate reason is a biblical mission and vision that leads to revival, not just survival.

The ministry rises or falls with leadership. The pastor must be more than a chaplain or  “hired hand” who by himself attempts to do the ministry for the people. Most likely he’ll be a younger person – possibly a recent graduate from seminary – with little experience.  Regardless, he could be a turnaround pastor who is a gifted leader with a clear, challenging vision.  If not, look for a pastor who is.

Read or exegete the cultures of both of the churches (chapter 7) involved and the pastors (chapter 8) to determine how culturally diverse or similar they are.  Here’s the principle: the more two congregations share the same culture, the greater the likelihood that a merger will work.  The less culture they share, the greater the likelihood of failure.

Another better solution is a church adoption where a healthy church blends with a smaller struggling church. The latter joins the former with few if any concessions; they simply attempt to cooperate and blend in. Of the various approaches to accomplishing a merger, adoption has proved to be the most successful.

Look for a Merger-to-Multisite Opportunity

An adoption that is part of the multisite movement has a good opportunity for success. Thi is a merger-to-multisite strategy that seems to be infusing struggling churches with new life. The way it works is a multisite church adoptps a declining or dying church as one of its sites. Often it includes an infusion of cash and energy that results in a fresh, new vision for the struggling church and succeeds in impacting the neighboring communities for Christ.

An example is Fort McKinley United Methodist Church located in Dayton, Ohio. For McKinley was a one-hundred-year-old church that had declined to forty attenders. Then God spoke to them and another Methodist church – Ginghamsburg Church – about a merger. (The latter is a healthy, thriving United Methodist congregation located just north of Dayton.) They merged with the understanding that Fort McKinley would be one of the sites of Ginghamsburg Church, and today, Fort McKinley has become a vibrant of four hundred congregants who are serving three to four hundred people per month who live in its at-risk community.

Church of the Resurrection

Another example is Church of the Resurrection in Leawood, Kansas, a suburb of Kansas City. They merged with Grand Avenue Temple, a 145-year-old church, with a facility that had been turned over to a ministry for the homeless. Along with a multisite approach, Church of the Resurrection infused Grand Avenue Temple with capital funds, new energy, and fresh hands to get the ministry done. The new church merger – Resurrection Downtown – is now averaging 240 attenders per week who are active in evangelism, worship, and a developing small group ministry.

The future for merging two or three small, struggling churches is bleak, so bleak that I would not recommend they even attempt it. Yet the prospects for success increase significantly when a healthy church intentionally adopts or absorbs a smaller church and even more so when a multisite church is the adopter. In fact, I view the latter as playing a most important role in a new movement of God toward producing healthy churches all across America. America isn’t lacking for churches with facilities. What is lacking is spiritually healthy churches with facilities. Bur God appears to be using church adoptions and the multisite-merger movement to breathe new life into many of these churches that have given up on ministry in and to their at-risk communities.