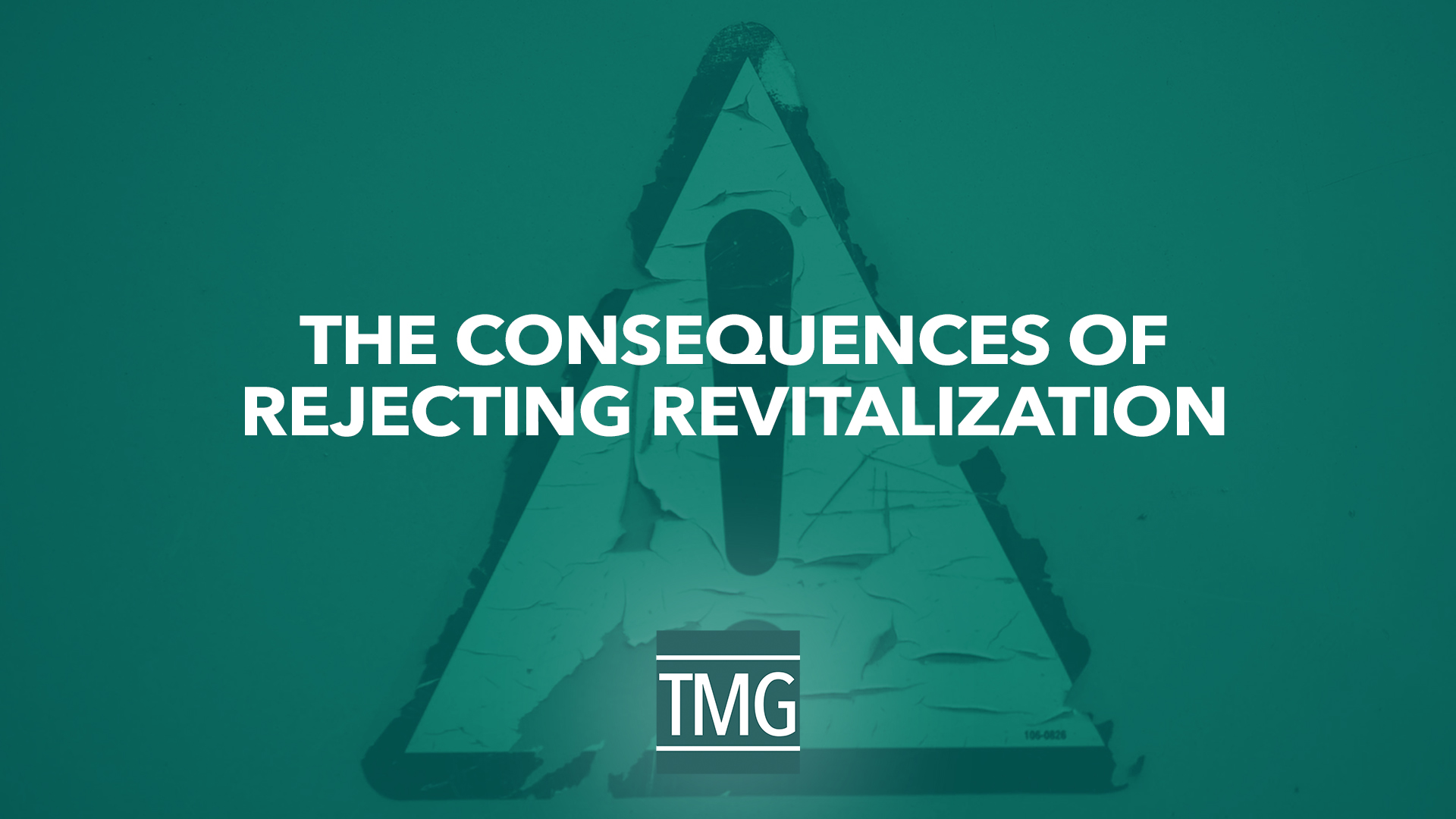 “And I have promised to bring you up out of your misery in Egypt into the land of the Canaanites, Hittites, Amorites, Perizzites, Hivites, and Jebusites–a land flowing with milk and honey.”

God has a plan for your church. A good plan. For most churches that embark on a revitalization process, the journey is akin to Israel leaving Egypt. They know that they are being called to something better – heading to the promised land. They maintain the right outlook. They persevere.

For some churches, though, the “misery in Egypt” is seen more as the grumbling Israelites saw it in Exodus 16:3, where they longed for the “pots of meat” and all the food they wanted. They are fine living in their own Egypt under the restrictions imposed on them not by an earthly master, but by themselves. They’re comfortable with the way things are, and the thought of a journey into unfamiliar territory is not at all appealing.

Once the church has seen the positive possibilities of a revitalization process, resisting change can have adverse effects. When the church’s reality is exposed, it must respond. James 1:23 says, “Anyone who listens to the word but does not do what it says is like someone who looks at his face in a mirror and, after looking at himself, goes away and immediately forgets what he looks like.”

If you know what your church should do, and you don’t do it, there are potential adverse effects.

Here are three consequences that churches may find when faced with the opportunity to head towards the Promised Land, but choose to stay in Egypt.

The Danger of Division

Not everyone in the church will reject a revitalization process. Some will spy out the land and see that they can take it and flourish there. The Joshua’s and Caleb’s among you will have seen the promised land that your church could live in after a revitalization process. They’ll see the obstacles, but they’ll focus on the promise and the gain. This time around, though, they won’t want to wait 40 years to get there. And don’t forget that the other ten spies and countless others perished and did not end up entering the land God had for them. So too could the church that says no to revitalization find itself divided and ultimately not surviving.

The Absence of Authority

Many times, Joshua or Caleb will be the pastor. Unfortunately, we at The Malphurs Group frequently take calls from pastors that know their church likely will not listen to their report of the promised land and the necessity of change. Our hearts break for the pastor that feels alone and hopeless – stuck in a situation that he knows is not healthy, but the people are content. Sometimes the church finds the pastor then living out Matthew 10:14 and shaking the dust of his feet as he leaves town. They’ll try harder next time to find someone who will join them in their unbiblical existence.

The Rebuke of Revelation

The letters to the seven churches in Revelation give a picture of how Jesus looks at the actions of His churches, His attitude towards them, and the possible consequences for us today. Never let the phrase, “Yet I hold this against you.” (Rev 2:4, 14, 20) be uttered of your church. Look at some of the things that Jesus holds against the churches:

For those churches, a fate no one would desire awaits. Jesus says He will come to them, but that’s not a good thing when the judge has something against you. For some, God removes their lampstand. For others, Jesus will fight against them with the sword of his mouth, provide intense suffering, come like a thief or spit you out of his mouth altogether.

Friends, there is a narrow path, but one that leads to great reward. Do not reject what God has called you to be: a force to be reckoned with against the evil of this world. Jesus has a mission for your church to make disciples of all nations and to teach them everything He commanded. Say yes today to cast off anything against you and take the land promised to you.

If you’re ready to take the first step to realign your church to Kingdom purpose and righteousness, schedule a meeting with one of our Guides today.